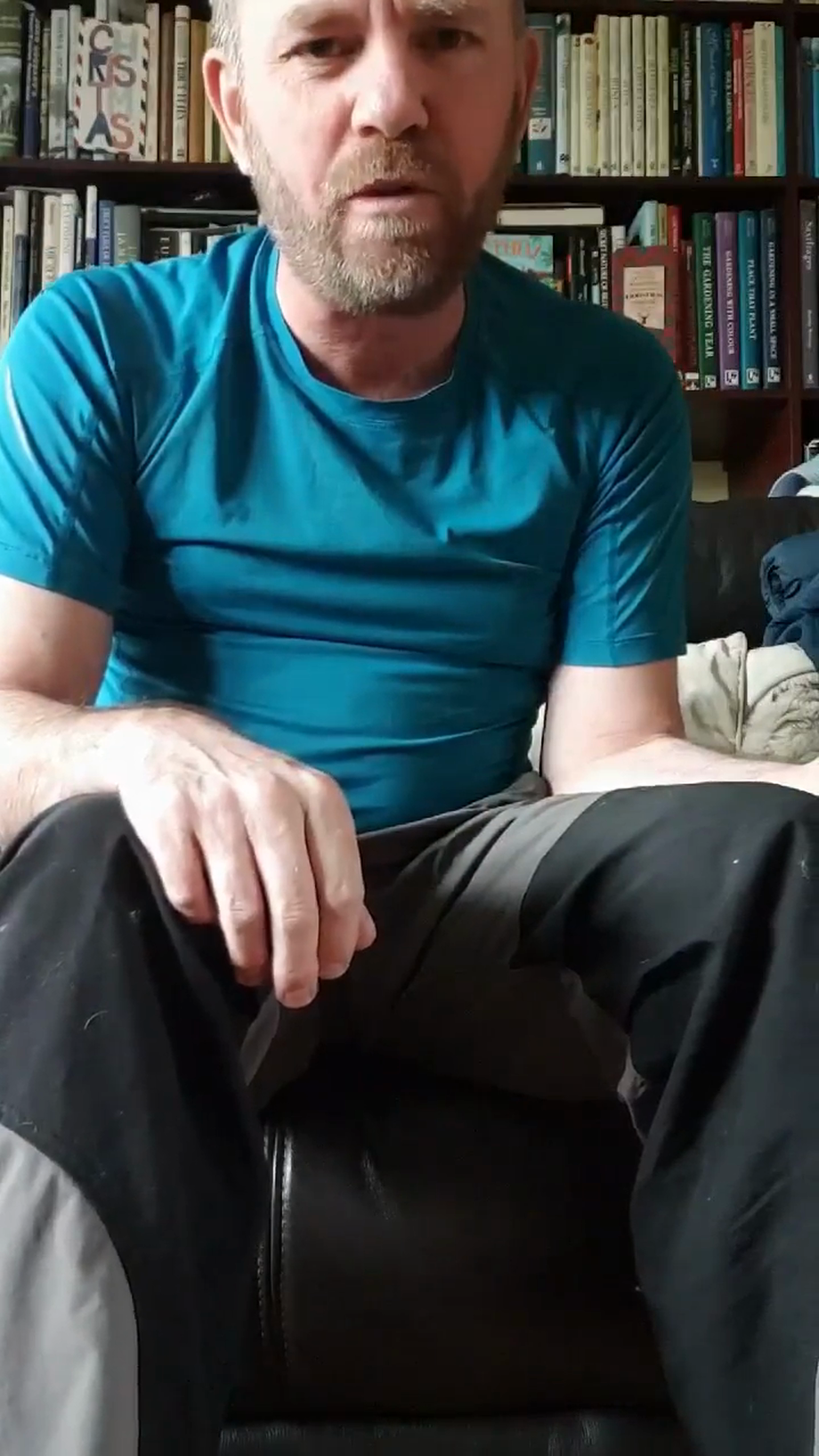 I did a little 'birthday video' for a Facebook friends child a couple of days ago that seemed to go down well...so thought I would do one for Harry and Jessica. Billy suggested I should put it online in the manor I have below. Please excuse my appearance...need my eyebrows threaded Jade, makeup doing Natalie and hair done Karen. But having been 'locked down' this long I am starting to go with the 'hobo grunge' look and it's ok.

So...just in case you don't get the idea...we will post a short video of one of the animals we have here every day (until we run out of different types). Then...Billy is going to come up with a load of questions for your children to google and answer. They can either post a video below back to us with the answers or type them in a comment.

Full set of correct answers = new animal tomorrow. It would be great to see some artwork of the animals as well.

1) I told you what it is called. Why do you think it has that name?

2) Where in the world do they come from?

3) How many eggs does a female lay at a time?

5) Do they just come in this colour?

6) How long do they get nose to tail? Bonus question...there is a 'Giant' version...

7) How much can they weigh?

8) Can you keep them together?

10) There is a special one with the name 'Tremper' in front of it...why is it special? 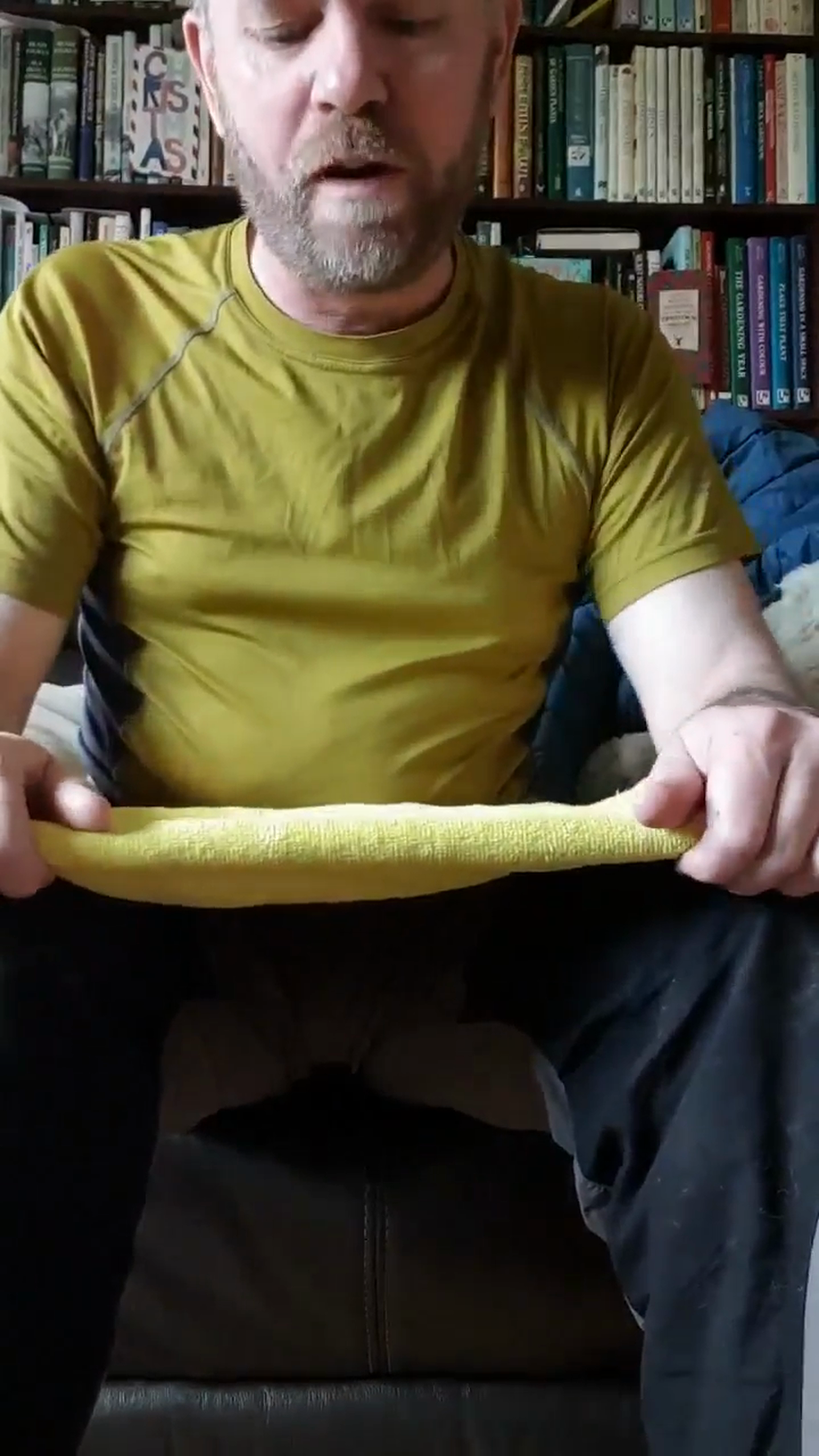 Animal number 2. No points for guessing what it is...but bonus points if you can tell exactly what type it is.

1. Where does this species come from?

2. What type can be found WILD in the U.K and where can they be found?

3. What kind of animal is it...think number of legs?

4. It has a sting...what does it inject with that sting?

5. Why is it in the newspapers every day?

6. What do its babies do when they are first born?

7. What is the worlds most dangerous one called?

8. Who played the Scorpion King in the movie?

9. What powers does Marvels character of the same name have?

10. Why is this species endangered in the wild 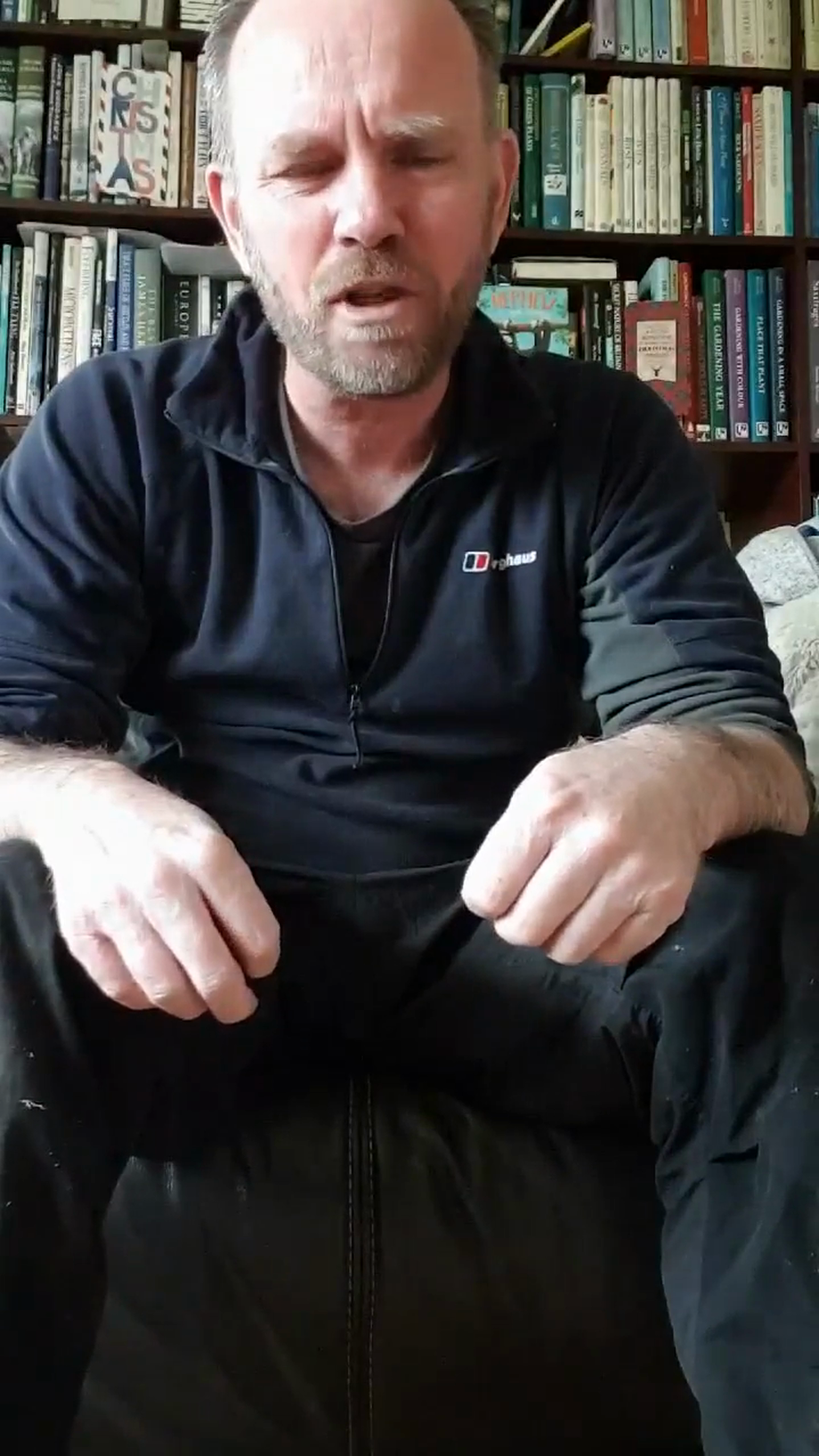 Hi all. Animal no3. These are Macleay's Spectre stick insects. 10 questions for you to answer between now and tomorrow. One of which will actually be a great help to Billy and me.

1) What other names are they given?

2) Where do they come from?

3) Apart from bramble - which we are running out of - what else do they eat? Heeeeeelllllllp

4) They come in another strange colour variation...what is it?

5) They have a very strange life cycle in the wild involving another insect...what insect?

6) what is the word used to describe a mutually beneficial relationship between two different species of animals?

7) What is the relationship called when only one species benefits?

8) How many eggs does a female lay on average during her lifespan?

9) How many body parts do they (and other insects) have?

10) What are those parts called?

Please feel free to share and encourage your children and grand children to answer the questions. 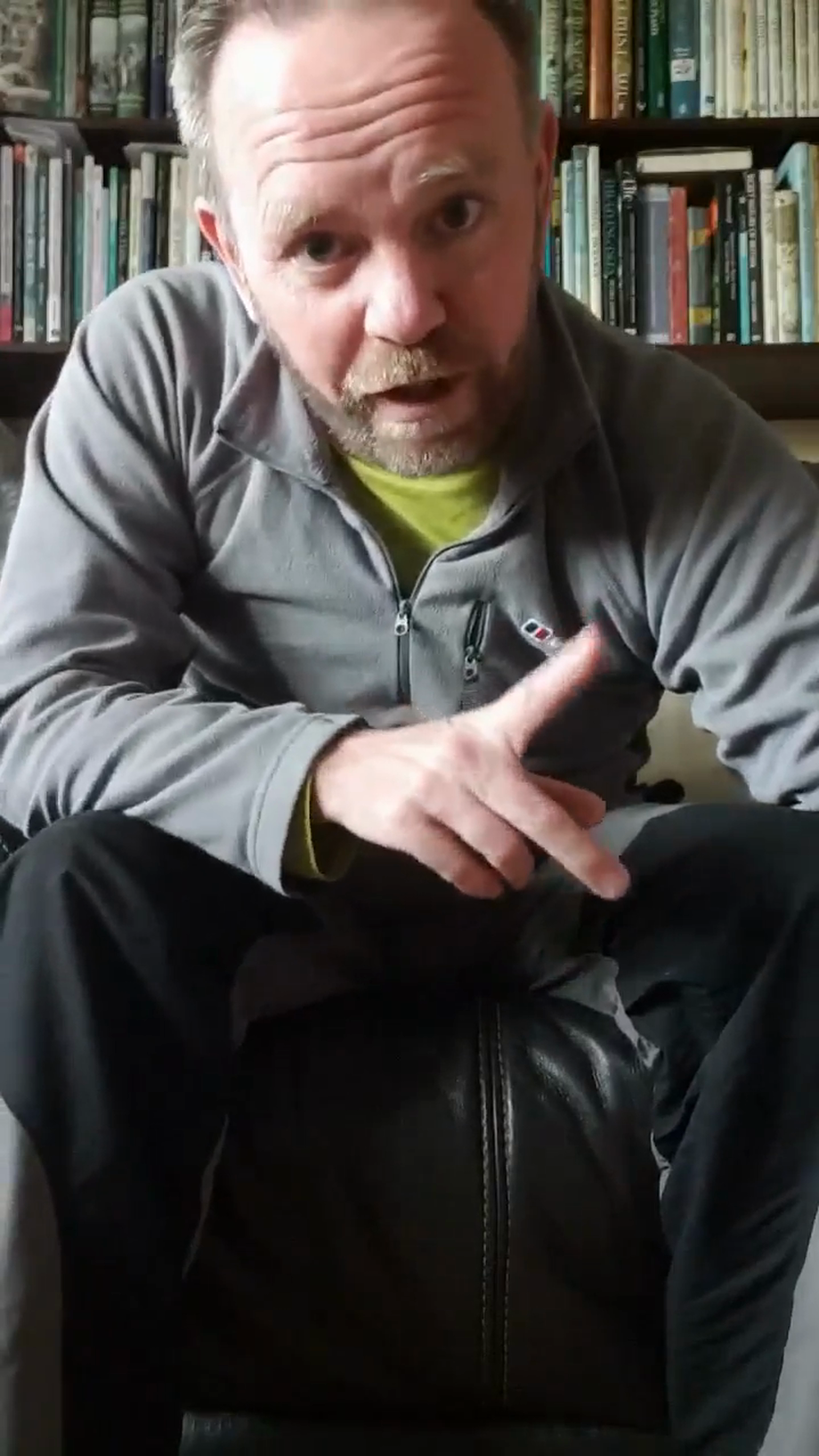 This is a Praying Mantis. 10 questions below for you to have a go at answering between now and the next animal tomorrow.

Artwork? It would be great seeing some.

Any questions you have for me and Billy can also be posted in the comments if there is anything you'd like to know.

1) This particular mantis is named after the object it is trying to resemble. What kind of mantis is it? Bonus points for its latin name.

2) What are female praying mantis famous for? We had had a couple do this here...yuck!

3) When the female lays its eggs it lays them in what looks like a foam nest that hardens. What is the correct name for this?

4) Can you name five other types of mantis?

5) When an animal 'pretends' to be something else...what do we call that?

6) When an animal uses its patterns to hide...what do we call that?

7) What colour is an Orchid Mantis?

8) How many eyes do Praying Mantis have?

9) where are Praying mantis' ears found?

10) There is a Marvel character called 'Mantis'. What's her powers, who does she team up with and what colour is she? 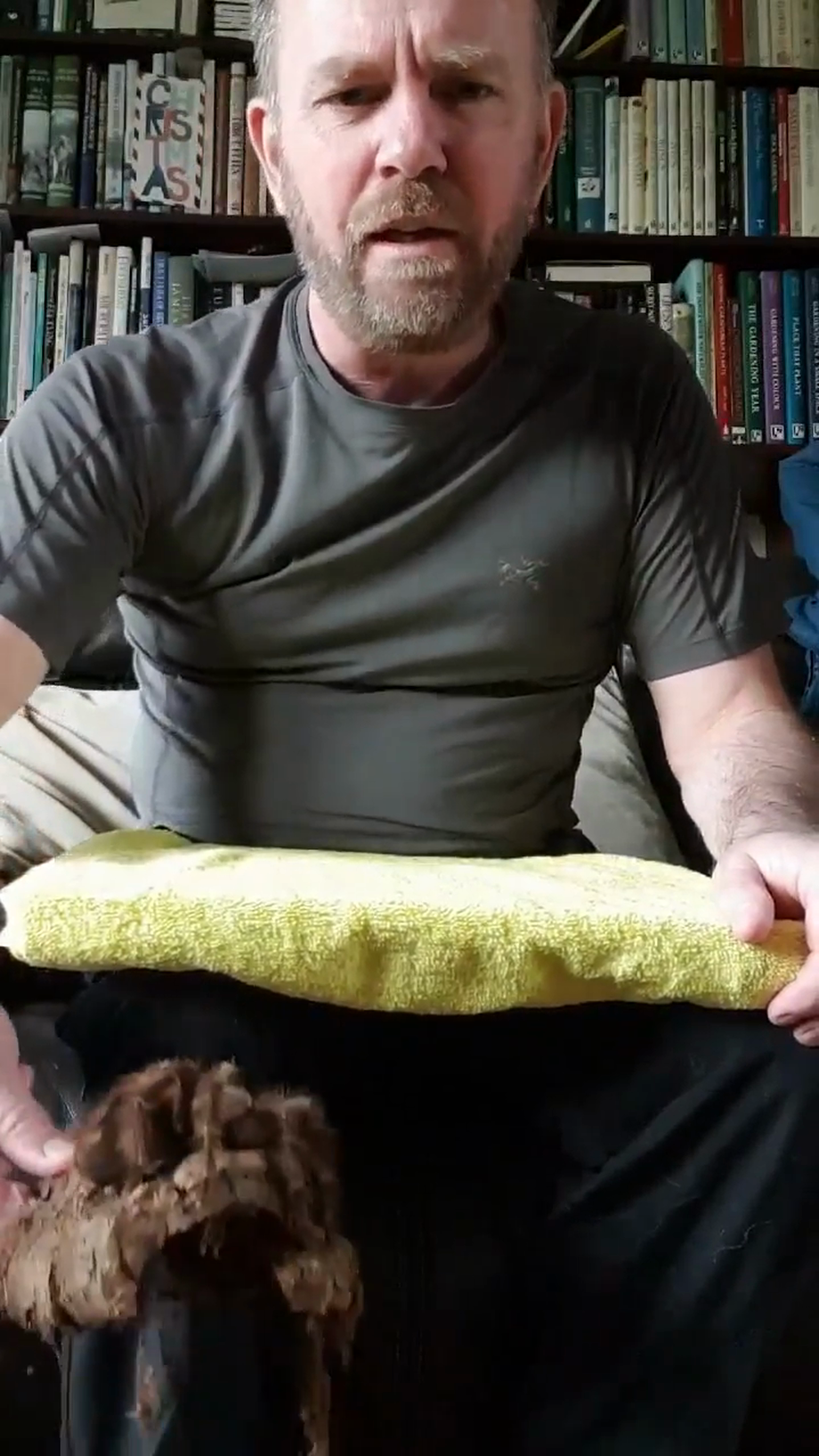 1) Where in Italy does the true Tarantula come from?

2) What dance is traditionally performed in that place? And why?

3) This is one of the biggest spiders in the world...but what is the biggest? How big does it get?

4) How many species of spiders are there in the world? How many are dangerous to humans?

5) On the video you can see the spider rubbing it's back legs onto it's back. Why is it doing that?

6) Little Miss Muffets father Dr Thomas Mouffet (Muffet) used spiders in a way that could have 'frightened' her away. What did he do?

7) What was the name of Wilber's friend?

9) How did a spider inspire Robert the Bruce to change the course of history?

O what a tangled web we weave,
When at first we practise to deceive! 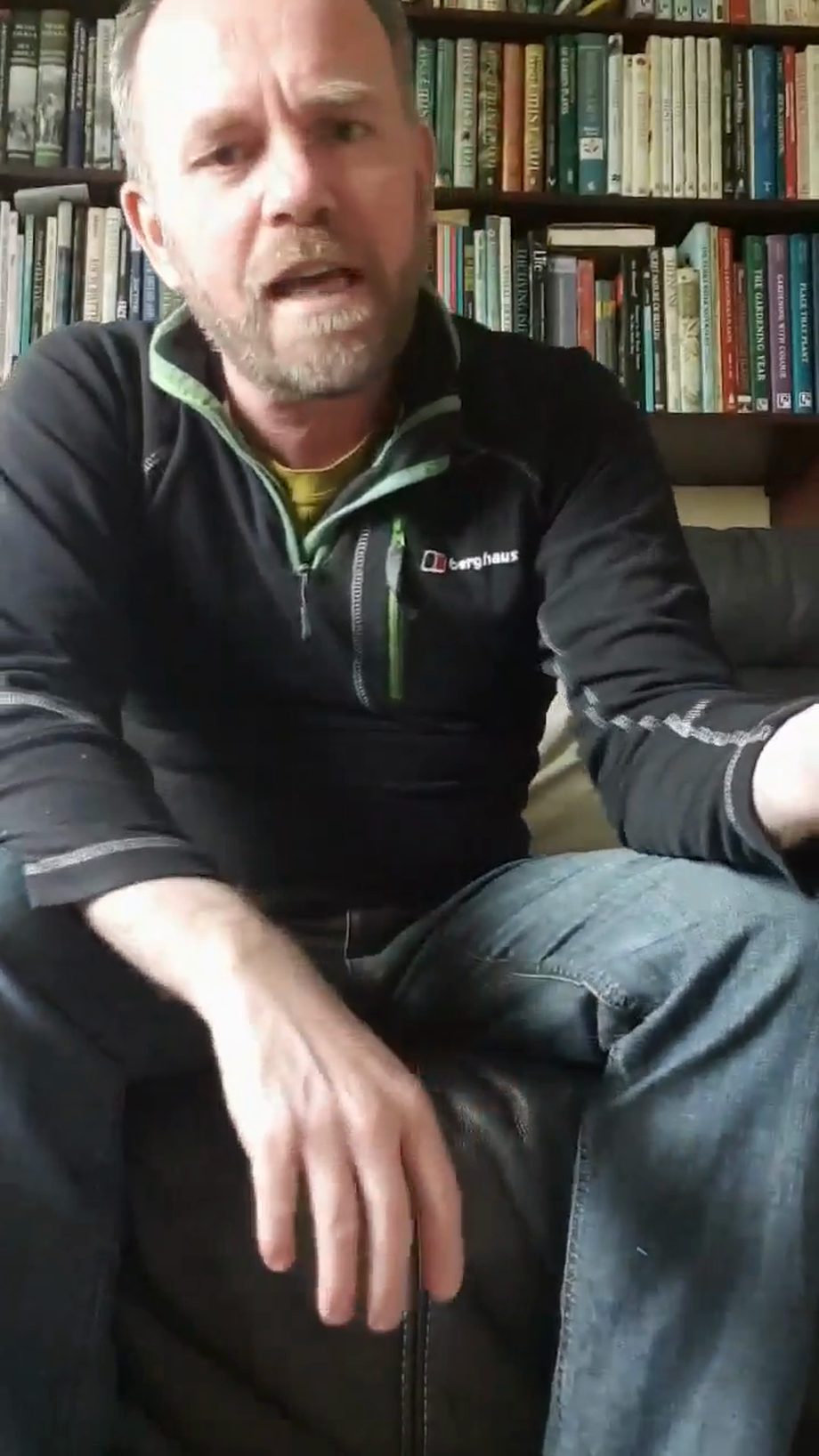 These are similar in a lot of ways to the Leopard geckos you seen earlier on.

If you use the terms 'oreo' and 'white-out' you should be able to find out what type of gecko they are...and then...answer the questions.

1) What type of gecko are they?

2) The hidden gene that both parents need to have for it it show is called a recessive gene. What other types of gene can you find out about?

4) What kind of animals are geckos?

5) What does the word Dinosaur mean?

6) What it unusual about Gila Monsters?

7) What is the worlds largest gecko called? They are super cool! We wants them!! They would be our precious!!!

8) What was the Silmarillion?
Who wrote about it? What other famous one did he write about? In what book?

9) Where can you find real live venomous dragons?

10) What country has a dragon on its flag? 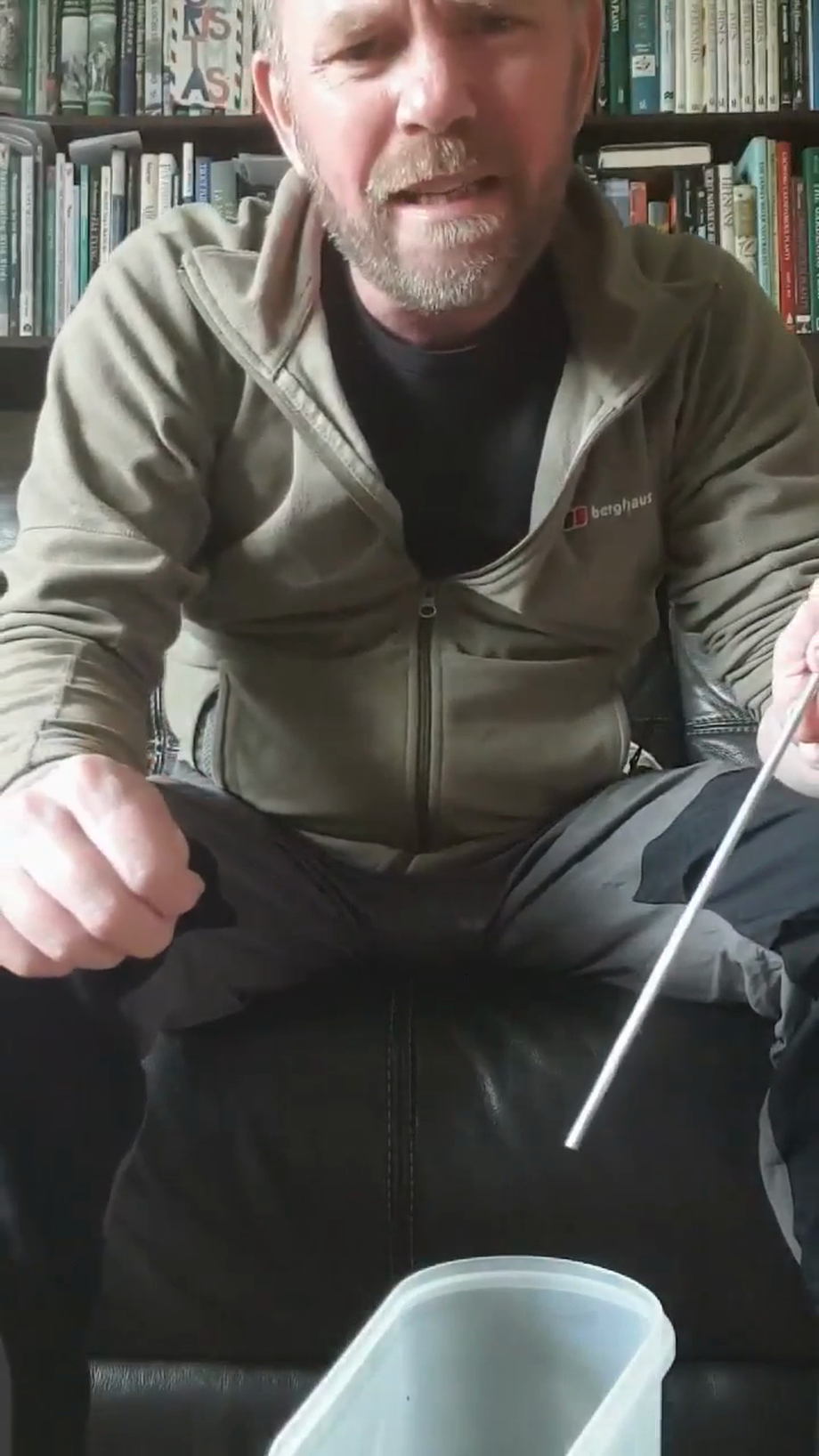 This is a Gooty Ornamental Spider (Poecilotheria metallica due to metallic blue sheen on its body). Unfortunatley the video and light in this room was unable to pick up the iridescent blue so I have added some photographs that do.

1) How many eyes does a spider have?

2) How many species of spider are dangerous to humans?

3) What was the spider in Lord of the Rings called?

4) How does a Bolas spider catch its prey?

5) What are the two appendages in the front of a spider called? Found between the fangs and first pair of legs

6) Where does the spiders silk come from?

7) Other than spiders and scorpions...what else is in the Archnid class of animals?

8) What is Britains largest spider called? (Clue...its not Dave or Karen).

9) What kind of car is a spider/spyder?

10) What is Peter Parkers aunt called? 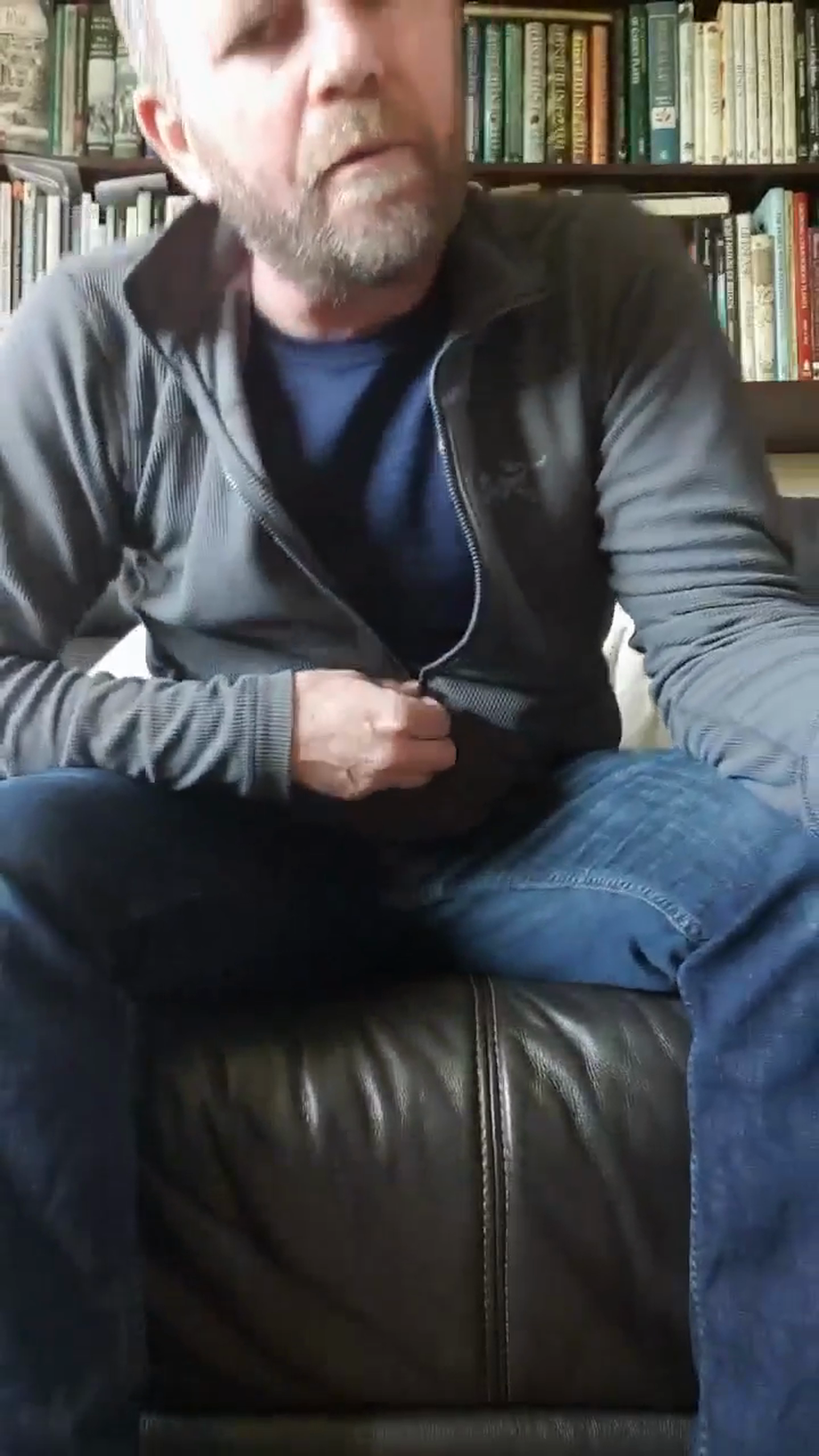 This is the smallest of the Boa constrictors. This is a Tarahumara mountain boa. This is an adult female. She is tiny in comparison to other Boa constrictor...the largest can be four or even five times her size.

1) What is the main difference between a boa and a python?

2) What is the longest species of snake?

3) What is the biggest species of snake?

4) What is the smallest species of snake?

5) How many species of snakes are there in the U.K?

6) What is the most venous species of snake?

7) How many people are killed by snakes every year?

8) What is unusual about Dasypeltis fasciata?

9) Who 'drove all the snakes out of Ireland'? 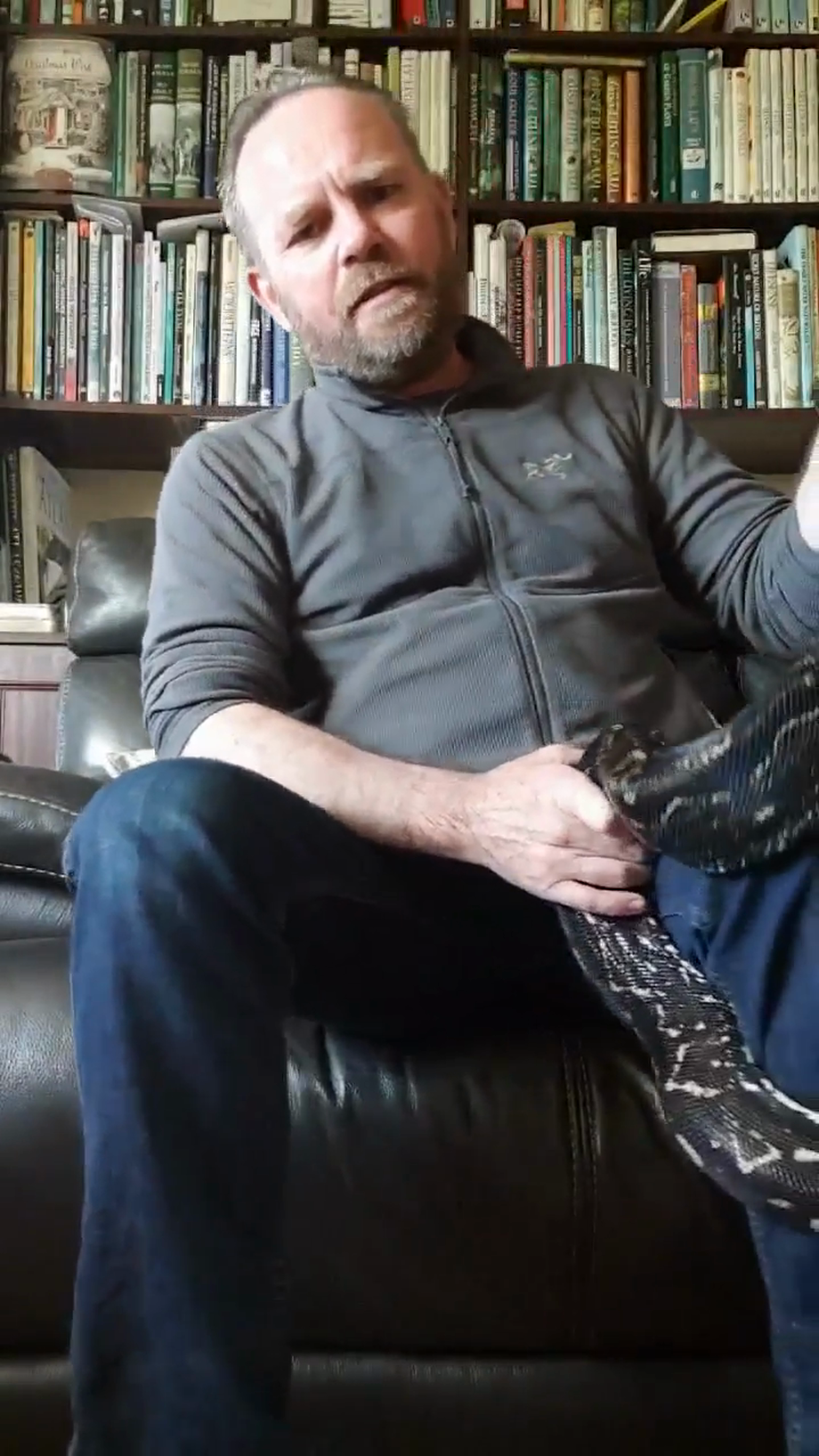 1) Emerald tree boas and green tree pythons have convergent evolution. What is that? Can you see why?

2) How do rattlesnakes make their tales?

3) What snake has the longest fangs? How long are they?

4) Milk snakes mimic what other kind of snakes?

5) Why cant you keep king snakes with other snakes?

6) What kind of snake would you want to help you in a maths test?

7) What is the name of the snake in The Jungle Book?

8) What kind if snake was it in The Jungle Book?

9) Who had snakes instead of hair on her head?

10) What language did Harry Potter speak to snakes? 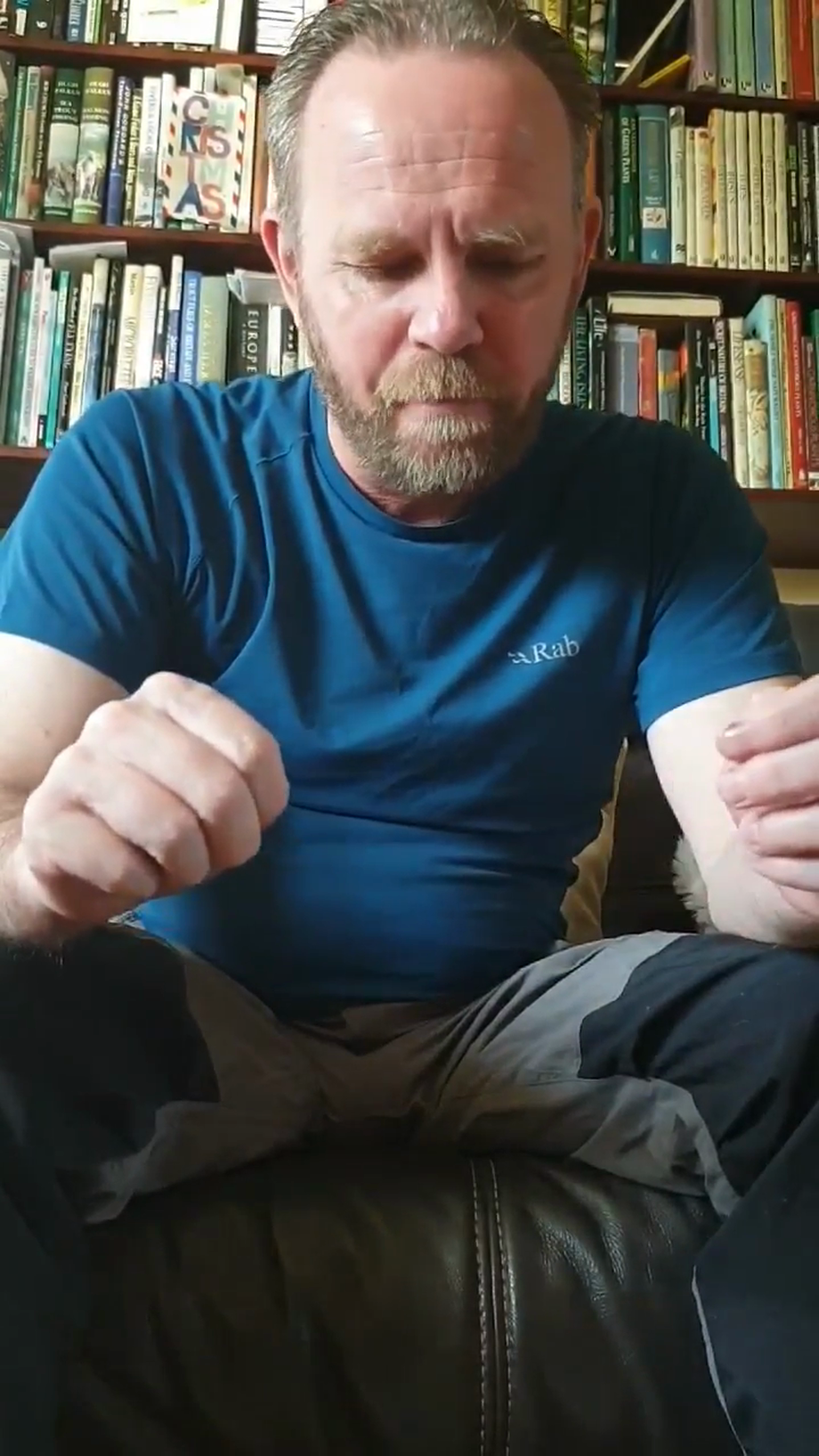 Asian fawn tarantula (Chilobrachys huahini). A small species of spider in comparison to some of the others that are kept in captivity. I will keep you posted on the egg situation regardless as to whether the lockdown continues or not.

1) What does a male Peacock spider do to attract a female? (Videos on youtube).

2) La Princesse visited Liverpool and wowed crowds. What was she and what did she do?

3) How does Charlotte make Wilbur famous?

4) In what James Bond movie does he meet 'Rosie'.

6) In what film does Godzilla fight Kumonga?

7) What is the fear of spiders called?

8) Who starred in the movie of the same name?

9) In what children's film does the centipede call the spider 'angel fangs'?

10) Who is the 'other' spider hero in Marvels Avengers Assemble?
Our school is open for children of Key Workers and vulnerable children Year 6, Reception and Year 1 from 7th July. For our 'Welcome Back' video from Mrs Wrigley, please go to our Parents section/ Returning to school after Lockdown to view.
Top
Cookie information
Cookie Notice