Today, a selection of children from Year 2 went to I.M Marsh for the day to take part in a Key Stage 1 Sportathon. The children participated in a number of exciting sessions, including Matball, a mini sports-day, a tug of war and two treasure hunts! Take a look below at all the smiling faces

Harrison and Amelie both won GOLD in 135m sprint
Medals both Harrison & Amelie won - well done
Getting ready......
Warm up and stretchers

Harrison (Year 6) firmly put a flag in the sand last weekend in Sheffield when he beat the region's top U13's 200m sprinters with a PB 27.98.

Harrison, 11 years old and the current U11's Merseyside Country 150m and 75m champion, is only the second U13's athlete this season to have gone sub 28secs for the 200m.

Amelie showing off her medals.

Shanae competing in a trampolining competition.

Shanae came second, now on her way to the finals

Eliza showing school her swimming medals she has won.

Eliza showing off her swimming medals

Annual Chess Tournament 2016 - Well done to the whole team, they came 5th overall out of 33 other local Liverpool Primary Schools.

The competition was made up of 3 main pieces of apparatus, floor, vault and a body management station. On floor, children were required to perform a sequence of skills including rolls, supports and cartwheels. On vault, children were required to perform a squat onto the vault and execute a straight or tuck jump off. The body management station was all about flexibility and strength, making sure all skills where linked and control was shown throughout. Children were judged by LSSP coaches and also a British gymnastics judge who had lots of good and positive things to say about our gymnasts.

The team were 100% focused on their routines and continued to practice during breaks in the competition, which displays their fantastic attitude. It was a very tight finish with all schools scoring within a few points of each other. Greenbank team just failed to quality to the next stages of the competition but they did themselves and school proud.

Well done to all the gymnasts who competed.

The Wavertree mini league was back under way this week and we saw Greenbank and Wavertree C of E participate in a great match.  The game was played fairly and both sides played some lovely football at times. The match started quickly with Greenbank making all the running. This was followed by a period of pressure by Greenbank, with the Wavertree goalkeeper making some brilliant saves. The game continued to find pace, with all the players striving to achieve goals. There was great team work from both teams. Cuba played well in an upfront position while Owen played well in a defence position. Although Greenback didn’t win they never let their heads drop and continued until the final whistle with great determination.

10 of our KS1 children were chosen to take part a mat ball competition at St Julies Secondary School on Tuesday 3rd November run by Liverpool School Sports Partnership.  The children played incredibly well and came 2nd overall out of 10 other local primary schools. This meant the Greenbank team was entered into the city finals at Toxteth Firefit Centre, Liverpool 8 on 12th November 2015. They played incredibly well. Well done to the team. 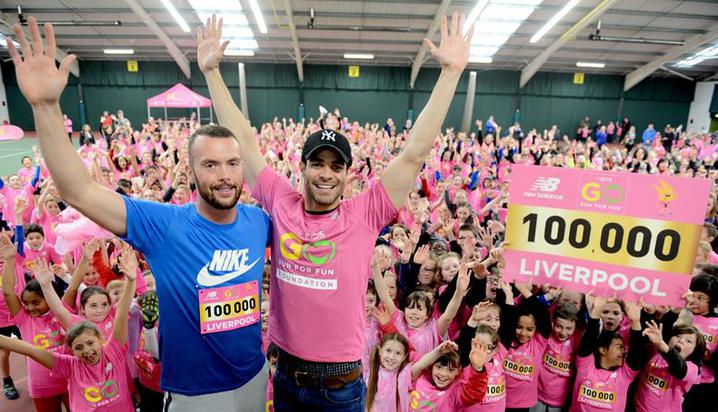 We would like to thank Liverpool Schools Sports Partnership (LSSP), Liverpool Harriers Athletics Club and Go Run For Fun for inviting Greenbank to take part in a fun run on Tuesday 24th November 2015. Our Year 5 and 6 children battled the weather to walk to Wavertree Sports Centre to run 2km. Well done to Cuba (year 6) who came first in his section and well done to Jack who was the 100,000 child to participate in the nationwide event. Jack received a lovely goody bag. The organisers provided all children with t-shirts and ponchos to wear for the event. The children really enjoyed themselves. Well done all for taking part.

Our school is open for children of Key Workers and vulnerable children Year 6, Reception and Year 1 from 7th July. For our 'Welcome Back' video from Mrs Wrigley, please go to our Parents section/ Returning to school after Lockdown to view.
Top
Cookie information
Cookie Notice